Splint Immobilization For Treatment of a Scapholunate Ligament Injury

Wrist instability is a common injury treated by many hand therapists. The anatomy of the wrist includes eight carpal bones that, with the combined efforts of the intercarpal ligaments, allow for circumduction of the wrist joint while imparting stability anywhere within the range of motion. An injury to one or several of the ligaments can lead to wrist instability.

Injury to the Scapholunate Ligament

There are several possible patterns of instability and variable causes, however, the scapholunate (SL) ligament or the ligament that provides support between the scaphoid and the lunate, is the most commonly injured ligament. Injury to the SL interval ranges from slight tearing or attenuation to rupture/complete disruption with progression to arthritic joint changes. Injury to the SL ligament usually comes to the attention of health care providers (HCP) when it affects functional performance and negatively impacts work related tasks.

When assessing patients presenting with complaints of a “sprained wrist” care should be taken to test for the symptoms of an scapholunate ligament injury. The presence of any combination of symptoms including wrist pain and swelling, decreased or painful grip strength, painful noise at the wrist, or a feeling of instability, should alert the HCP to look beyond the “it’s only sprained” presentation.

Treatment of SL injuries depends on the amount of interruption of the ligament, but typically focuses on protection via immobilization with attention to regaining functional strength and motion once healing permits. Non-surgical treatment commonly includes splint use, client education, and low impact strengthening with isometric exercise. If surgery is required, cast or splint immobilization with progression to gentle exercises is a recommended rehabilitation protocol.

Splint immobilization remains a staple for the treatment of SL ligament injuries. There were a series of biomechanical studies that proposed early active motion with injuries to this particular ligament in the pattern of dart throwers motion. The findings in these studies suggested that this pattern of motion did not cause stress to the SL ligament. These studies were all performed on individuals with healthy wrists, making the suggested motion protocol suspect.

A more recent biomechanical study that included both healthy wrists and wrists with attenuation to the SL found an increase in motion at the scaphoid and the lunate when there was instability at the SL interval via a tear at the SL ligament. Immobilization to allow healing remains the most appropriate treatment for SL ligament injuries. 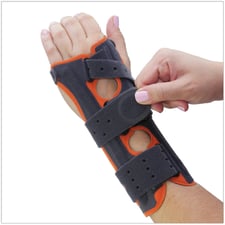 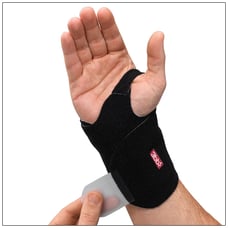 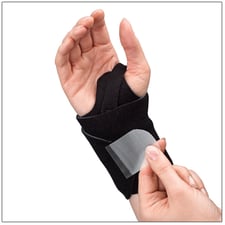 Blog References: For more information on this topic, click to see the references for this blog post.